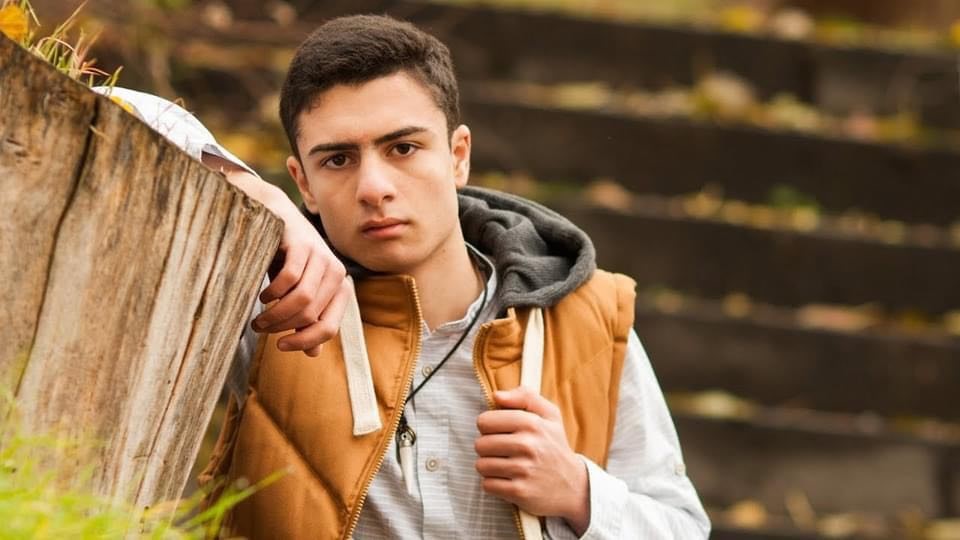 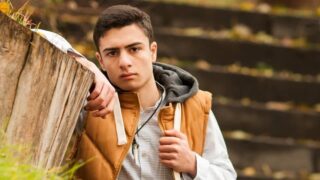 When I first saw Yerablur after this last war, the first thing that caught my attention was a tomb with a teddy bear next to it, and a postcard next to the stone, where the little sister wrote a letter about how proud she was of her soldier brother, how impatient is waiting for his return … Navoyan was Shant’s grave … 2001 Shant was born on December 14. He served in Kapan. He was an artilleryman. During the war he had fought in Jrakan. On October 10, when a ceasefire was declared for the first time, but the enemy did not keep it, Shant was killed by a drone strike together with 8 of his friends … Before that, he had avoided death several times and made a note about one of them in his notebook. “… the explosion silenced him for a moment. I threw myself on the ground and started shouting the names of the guys to make sure everyone was fine. All four were good. I looked around, everything was the same, there was no pomegranate alone. The projectile fell straight on the tent and dusted it. Now smoke and smoke were rising in its place. I had the impression that I had lost a friend. I walked into hiding, sat down on the ground, and began to wipe the sweet red from my face. The first bullet fired in my direction hit the pomegranate. ” At the age of 16-17, Shant wrote: “When the light dies, we will calmly wait for his birth through the darkness, we will become the light, so that when it is needed, we can reach it, without asking what or what.” Shant and thousands of boys died to dispel the darkness. They did not ask what or what, they were just light, they became light. And we did not deserve their sacrifice. Shant Navoyan was 18 years old.
CONTINUE READING 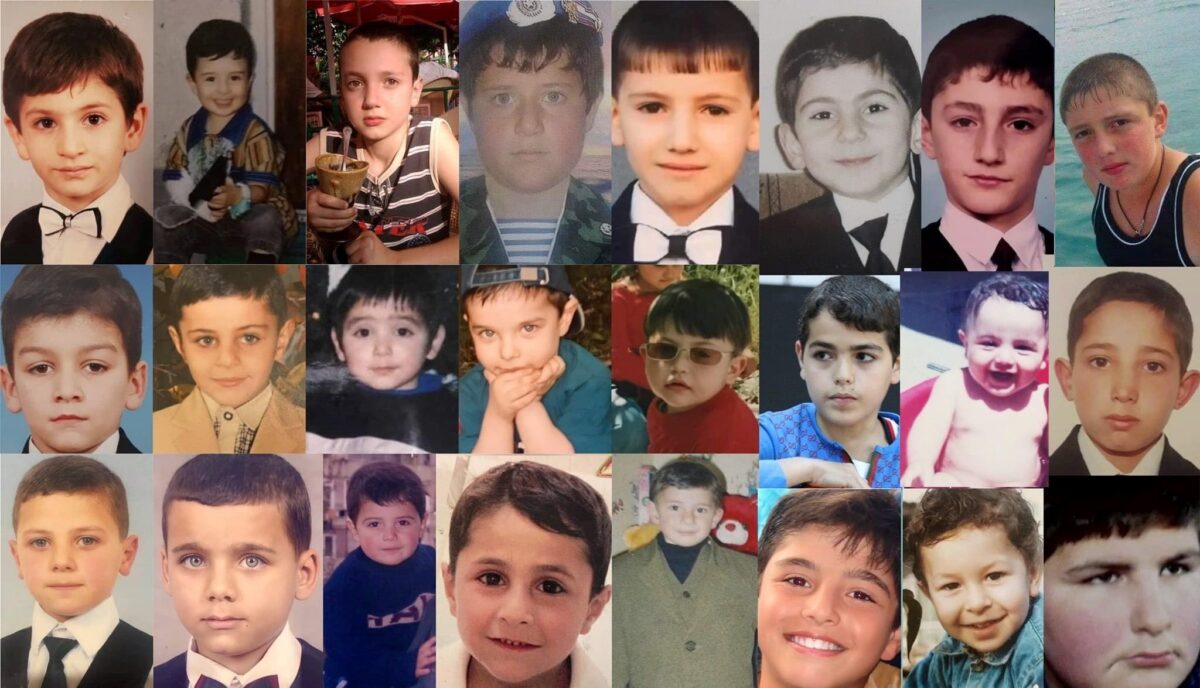 As much as I could I tried to find the childhood photos of the dead boys. Many of these pictures are 10-12 years old, for parents – a moment. For us, they are hero boys, who without hesitation gave their most precious thing for the homeland, for their parents, they remained children forever. Yesterday’s children ensured the peaceful future of today’s children at the cost of their own lives. Each of them silenced the war with his own death, each of them tried to save a piece of native land with his sacrifice. Yesterday’s children performed heroic deeds, we did not deserve that sacrifice.
CONTINUE READING 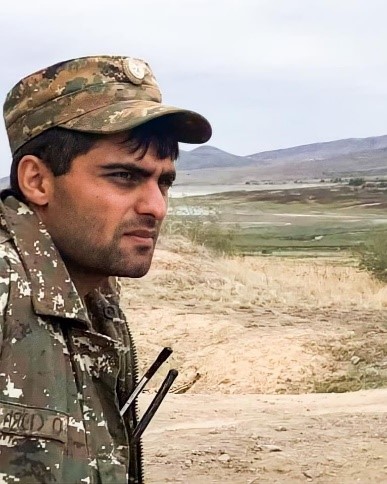 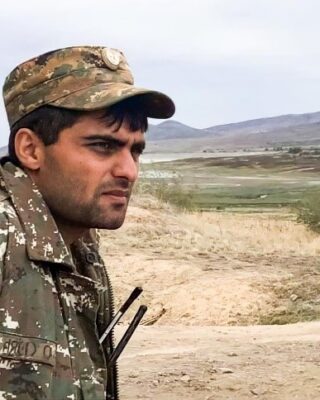 Let me tell you about an Armenian born and raised in Yerevan, who loved Artsakh so much that he served as an officer in Artsakh from the age of 20 until he defended his homeland to the last breath. Major David Arushanyan. From May 24, Artsakh hero Davit Nikolay Arushanyan. You have all heard about his heroic story during the war. I will present briefly, and in more detail, in the report. (I will post in the comments). During the first days of the war, the commander of the motorized rifle battalion, Major Davit Arushanyan, left Ivanyan (Khojalu) for “Yeghnikner” to help Kyokh. Near Aregasar or as they say, “Chorrord Post” they are fighting with a large number of enemy troops. Disobeying the retreat order, Davit Arushanyan and his staff damaged more than 4 enemy armored vehicles and caused a large number of manpower losses. After his enemy vehicle was hit and wounded, David left the damaged BMP, entered another BMP and continued the fight until the last projectile. After consuming the ammunition of the 2nd BMP, he does not leave the battlefield in a wounded state, but enters the 3rd BMP, bravely continues the fight until his last breath … David Nikolay Arushanyan, Artyom Armen Gorgyan, Hovik Hovhannes Asatryan, Aren Avag Chobanyan. These are the names of the heroes of the crew who prevented the enemy from advancing that day. People will weave legends about the heroic heroism of these Armenians for centuries, and Major David Arushanyan will become the Armenian officer by whose example future generations will be brought up. Each time you are told how some cowardly officers were fleeing the battlefield, tell them the story of Major Arushanyan. Show them this picture and this look. It was with this look that the Armenian officers and soldiers made the Turkish mother cry. This is the real image of an Armenian officer and soldier. David was 31 years old. P.S The picture was taken by Semyon Pegov during the war
CONTINUE READING 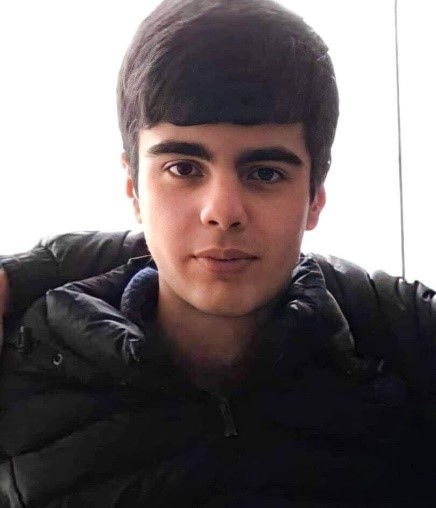 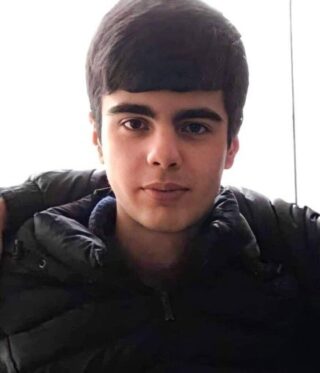 Many people know about Artashes. He was drafted into the army on July 19, 2020. Artashes Martirosyan was a soldier for 2 months when the war started. This boy from Kajaran died on the 100th day of his service. Having served in the army for only 3 months, he knew his D-20 cannon better than many, he was braver and more fearless than many, so he died while performing the combat mission. The enemy, who outnumbered us several times in number and resources, was so terrified by a recruit like Artashes that he was targeted with 2 ats at once, so that suddenly he would not survive … When the strong came out weak, when the brave trembled, the weak showed themselves strong. When some experienced officers and soldiers fled the battlefield, Artashes and hundreds of recruits like him roared and fought against the Turks. They lived for 18 years, served in the army for only a few months, but were so heroically outcasts that their exploits will be talked about for decades to come. They left us a message. to love the homeland so much that you do not even spare your own life to protect it. Artashes was 18 years old …
CONTINUE READING 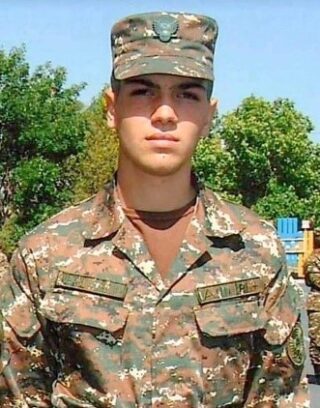 At the age of 13-14, David Yakovlev was already the leader of one of the winning teams in the Tumo robotics course. Before graduating from school, he had successfully completed a special course at the Microsoft Innovation Center, where he was the only teenager. In 2019, David graduated from the School of Physics and Mathematics with high progress and entered the American University of Armenia with the highest scores in mathematics. But he decides for himself that it is better for an IT specialist to study at the Faculty of Informatics and Applied Mathematics of Yerevan State University, after which he will be able to continue his education in one of the best universities in the world, and then return to his homeland. In June David is admitted to YSU, and in July he is drafted into the army. During the war in Martuni, in Shekher, the Armenian side was preparing for a top secret special operation. David knew about it, he decided to participate voluntarily. The friend asks not to go. David says ․ “I know that there is a need for good calculation there. I really need the boys there … ” He has been in Shekher since October 19. Thanks to his brilliant mathematical knowledge and accurate calculations, the enemy’s targets were infallibly hit. It does not go unnoticed by the Turks. On October 26, David and 11 of his friends and commander were killed in a bunker. June 18 was David’s birthday. He would be 20 years old … Your memory is vivid, dear David.
CONTINUE READING